Story of Meet my Pet Monster

Fast forward a few years to the early 2000’s, James, now a successful filmmaker in his own right, began to look around at the recent trend in classic film remakes.  James, like many other fans had to helplessly stand by and watch the endless slaughter of classic film franchises as they have systematically been, re-made, re-tooled, and destroyed.   James realized early on that it was only a matter of time before his beloved My Pet Monster franchise was ruined by some greedy Hollywood opportunist.   That’s when James decided he was going to self-produce the greatest My Pet Monster fan film ever made.  He would make the film HE wanted to see.  James also knew that he didn’t want to try to re-invent the franchise and he didn’t want to deliver some modern CGI atrocity.  James wanted to make the film he wanted to see in the 1980’s.  A Jim Henson style live-action movie with a real tangible monster.   Avoiding the same failures that plagued the original TV movie James didn’t want to put a live person inside a terrible costume either.   James wanted to see what every other kid in the 80’s wanted to see.  They wanted to see their monster come to life.  That’s when James realized that in order to tell this story right, he needed to go back and draw inspiration from the heart of the My Pet Monster world.  The toys.  It’s the toys that are what people wanted to see come alive.  Not someone in a bad Chucky Cheese costume.   James knew that in order to bring the toys to life he would need to collect several versions of each toy.  A process that ended up taking over 15 years.

By 2016, James knew that it was already a miracle someone hadn’t re- discovered this forgotten 80’s treasure and exploited it.  It was now or never to green-light this massive undertaking.   In true 1980’s Jim Henson and Lucasfilm style, the main monster characters had several variations including hand puppets and full animatronic versions, all carefully thought out and designed to create the perfect homage to classic monster movies of the 1980’s, and most importantly no CGI characters.  After several years of grueling hard work, the film has reached completion and we hope you have as much fun watching it as we did making it.  On behalf of James M. Storm and J. Co. PRODUCTIONS we present to you the greatest My Pet Monster fan film ever made.  A film made by fans for fans.  It’s time for your old friend to come home, it’s time to Meet My Pet Monster! 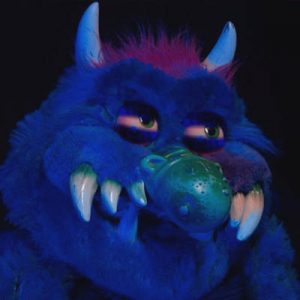